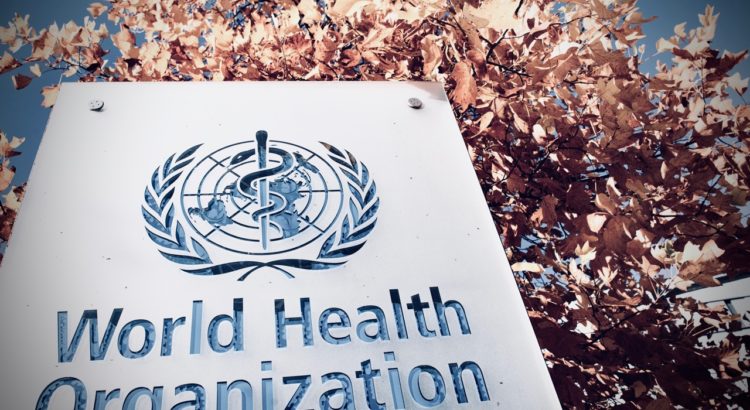 Citizens must make their voice heard on this mission creep

Many readers of this bulletin may have heard a lot of concern being raised about “the new pandemic treaty” being proposed by the WHO.

Fewer will have heard about a separate – but equally concerning – development: proposed changes to the “International Health Regulations” which, potentially, could “bite” very quickly.

A lot of hot air is in fact circulating in respect of both these matters, and this article is designed to guide you to some reliable sources of further information.

In order to understand the context of what is being proposed and why, it is necessary to appreciate some history of the WHO. Many still regard this organization as one which does “good things to help children in Africa” and, indeed, since its inception it has been involved in a number of projects which have helped promote the health of people in poorer countries.

However, the organization has, unfortunately, recently become subject to significant corporate interests and can no longer be relied upon as a neutral player on the global public health stage.

You are highly recommended to read this history of the WHO, written by Dr David Bell, who has previously worked within the organisation.

You should then read this brief piece by David, which sets the scene as regards the WHO’s proposed “Pandemic treaty”.

WHO is attempting to increase its powers to declare pandemics and direct governments’ responses to them. The core narrative thrust which underpins these attempts is that pandemics are more likely now than ever before, and we must be constantly on our guard, living in a state of perpetual alertness.  However, as this article explains, the world has many more pressing medical problems and the diversion of resources away from everyday medical problems, especially in poorer countries, is totally irrational. What is more, pandemics are in fact likely to be less frequent than in the past, with international travel and dense living leading to greater exposure to a wide range of pathogens resulting in much more resilient widespread immunity.

This article gives further information about the International Health Regulations; this piece summarizes – without unnecessary and counterproductive hyperbole –  the changes being sought to those, as well as outlining the core features of the proposed treaty, and this is the one article it is recommended you read if pushed for time. (However, all of the articles mentioned here are quite accessible and none of them are particularly long).

Finally, David Bell has done an extensive interview covering the above content, which is also highly recommended.

You may well be asking at this point “what can I do to oppose this?”.  Just knowing more about what is being proposed and educating others is a very important step, particularly given that very few citizens know about these instruments, and how they may permit an undemocratic and remote body to have unprecedented control over our day-to-day lives.

In terms of specific action, the Together team (@togetherdec on Twitter) has put together the following suggested text to be sent to the Prime Minister, and similar letters can be sent to your MP:

STEP 1: Copy and paste our text below:

I am enormously concerned about your public statements and the drive to create a new ‘pandemic preparedness treaty’ with The World Health Organization as well as amendments being touted to the International Health Regulations.

I would like to hear back regarding you taking these steps to ensure we get a proper open discussion about this:

1. Full debate in both Houses of Parliament

2. Independent Review that assesses the treaty, proposed amendments and implications – for we now know that what constitutes a “threat” varies greatly depending on how evaluated and assumptions used

3. A Select Committee that can provide full scrutiny

4. A Public Debate, televised live “Should Britain sign a new pandemic preparedness strategy with The World Health Organization” with speakers from Together Declaration represented

5. An undertaking that you will not proceed with any agreement that substitutes British sovereign decisions and accountability to any supra national unaccountable organisation

STEP 2: Send it to Boris Johnson via this web form

STEP 3: ON SOCIAL MEDIA please copy and POST the following URGENTLY to keep the pressure up:

We are a sovereign nation that must make its own rules, not steered by a supranational unaccountable entity.

David Bell has also put together a draft template letter which you can send to your MP or other political leaders.

There is also a petition to the UK Parliament calling for a referendum before any such treaty is signed; at the time of writing this has >143k signatures.

Dr Zac Cox announced via Telegram on 21 May that in response to a claim for Judicial Review of the changes to the International Health Regulations, 11 out of 12 of the proposed amendments have been taken off the table:

This has not been verified, nor is anything known about this particular Judicial Review claim, which seems unlikely itself to have influenced matters. More likely, there is similar dissent in other states (especially the USA) and as a result it has proven difficult to achieve the necessary consensus to push the changes through.

However, as this substack article explains, even if most of the proposed amendments are “off the table” the remaining amendment on the table is still quite dangerous and should be firmly resisted, as it reduces the period of time states have to object to proposed amendments to the Regulations from 18 to 6 months, after which they come into force by default.

It would be wise therefore to regard any apparent backing down by WHO at this point as a tactical retreat only.