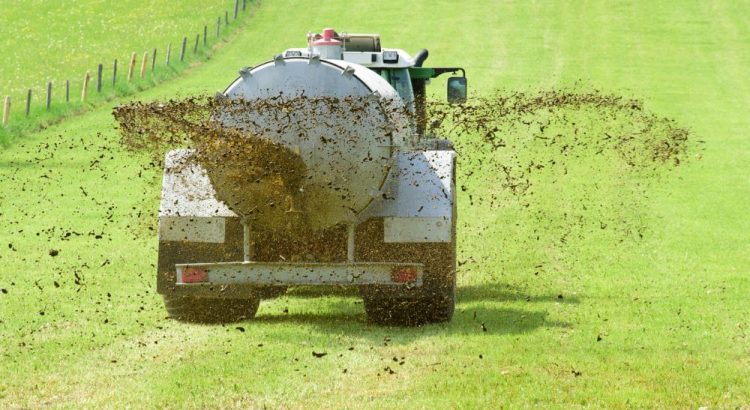 Not enough to support claims of their importance

There is good evidence that a minority of individuals produce a disproportionately large number of viral particles. These people are likely the ones responsible for occasions where large numbers of people catch covid at a gathering – a superspreader event – which have certainly occurred.

Claims have been made that 10% of people were responsible for 80% of transmission events. That makes for a concise explanation for why dramatic surges in case numbers have been seen at the beginnings of viral waves despite only 10% of household contacts catching covid from an infected case. But is it true?

There are three key questions to ask about the evidence for superspreader events being responsible for 80% of transmission:

If superspreader events had been an important driver of transmission, then lockdowns would have minimised transmission and should have dramatically reduced cases numbers. However, numerous studies have shown that lockdowns did not have the impact that was expected. Furthermore dramatic surges have been seen despite harsh lockdown conditions in Australia and China. Was the superspreader story oversold?

How common were superspreader events overall?

Public Health England reported on outbreaks at workplaces including 2,649 cases with a median number of cases per outbreak of 3 to 8. No superspreader events were mentioned. PHE also reviewed outbreaks in schools finding 101 instances of cases in schools only 30 of which resulted in outbreaks and no superspreader events. Publications showing the size of initial outbreaks recorded through the test and trace system are elusive.

By the end of 2020 there had been 84 million people globally who had tested positive. If 80% had caught covid from a superspreader that would imply there would be 67 million examples globally of cases caught at superspreader events by the end of 2020 (and even more if we include those who never tested). Including all the examples in the LSHTM database there were 333,980 cases of covid. Either only 0.5% of events were recorded by LSHTM or else superspreader events were not responsible for 80% of transmissions.

For the UK, only 1898 cases from 26 events were included in the LSHTM database in 2020. By the end of 2020, approximately 10% of the population had antibodies from infection representing 6.7 million people. If the claim that 80% of transmission occurred in superspreader events then 5.4 million should have caught covid in this way. Therefore, either LSHTM only recorded 0.035% of UK superspreader cases or there were not as many as claimed.

Exaggerating the size of superspreader events

A number of factors could be used to restrict what would be defined as a superspreader event:

All the reports of superspreader events used positive test results as a measure of cases and even extensive research failed to uncover the number of symptomatic people in most of the outbreaks. Given the issues around overly sensitive PCR testing using positive test results as the only measure would exaggerate the extent of the problem. For example, an outbreak in a school in Zimbabwe in November 2020 was reported as a superspreader event after 184 children tested positive. However, the only report on the number who were symptomatic did not commit to a number saying, “few of the positive pupils have mild symptoms while others are asymptomatic.”

A large number of people infected

Although LSHTM defined a superspreader event as one in which more than five individuals were infected, the database contains 36 examples where there were fewer than five including examples where one person was shown to have passed the infection to one other person.

A shared source of infection in a single location

LSHTM repeatedly included every person with covid who could be linked back to an outbreak and claim that they were all a part of a superspreader event rather than the continuing progress of an infectious disease epidemic. For example, a church in South Korea with a congregation of 9,300 who attended one of two services with a superspreader resulted in 1,200 of people developing symptoms. This was undoubtedly one of the largest superspreader events to have occurred. South Korean officials followed the spread and managed to link a total of 5,016 cases, including in chains of transmission over time to the outbreak. LSHTM included this figure claiming all 5,016 of them had been cases in the superspreader event. Similarly, all subsequent linked cases were included in their reporting of an outbreak at a French church and a Delhi religious gathering. In the same way, 350 cases in a meat processing plant in Sioux Falls, South Dakota, over the course of several weeks was extrapolated to 1,098 cases by including consequent cases in chains of transmission.

According to the LSHTM database superspreader events varied in size with up to 7,000 people affected (although that turned out to be fiction see below). The number of cases in each event is shown in figure 1. The various peaks might reflect the size of groups humans mix in as well as reporting bias.

Figure 2 shows the distribution of cases over time. There are some early outliers which are worth closer examination.

There was an outbreak at a football match on 19th February 2020 in Bergamo with 40,000 attendees. The LSHTM database reports this as having resulted in 7,000 cases. In fact, no-one knows how many cases there were but the linked article in their database said, “As of Tuesday, there were nearly 7,000 people in Bergamo that have tested positive for the coronavirus.” LSHTM had included every patient in Bergamo that had ever tested positive with the unjustified claim that they were part of the superspreader event.

The spike on 16th March 2020 includes the Delhi religious event and the South Dakota meat packing data. Subsequent days were made up of a series of reports rather than large outliers.

Exaggerating the number of events

Oddly, the LSHTM included numerous reports of outbreaks in prisons where all cases reported over the course of the covid wave were included as “superspreader” events. This was also true for nursing homes and boarding schools but the total numbers involved were smaller. The prison outbreaks accounted for 169,136 of the cases, or half of the cases in the database. The remaining analysis applies to the non-prison related events.

Could there have been a reporting bias such that smaller events were newsworthy earlier in the year and only larger ones later in the year? Would all the large events have been prior to the March lockdowns with only smaller ones afterwards? Surprisingly not. The larger events were disproportionately in March and April of 2020, while the world was in lockdown and thereafter reports of smaller events predominated. The lack of events included in February 2020 could have been because of low testing capacity such that the outbreaks could not be confirmed.

The reported superspreader events were concentrated in March and April of 2020 with no increase in autumn 2020 when covid made a resurgence (see figure 3). Looking only at those reported prior to June 2020, there were a total of 85,835 cases with a distribution as shown in figure 4.

This pattern does not reflect the numbers of deaths attributed to covid globally (figure 5).

Since 2021 there have been other superspreader events. For example, the Boardmasters festival in Cornwall attracted 76,000 attendees in August 2021. At that time the ONS estimated that 1 in a 1000 people would have a new infection per day. That would mean, if 76,000 healthy people were measured over a similar five day period a total of 380 new cases could be expected, based on background levels and in the absence of a superspreader event. There is no record of how many cases were recorded amongst festival attendees because the news reports all reference 4,700 cases which “may be linked” to the festival with a quarter of them outside the age range of 16-21 year olds for attendees.

Similarly, the Glastonbury Festival in 2022 was described as a superspreader event. It had over 200,000 attendees at a time when ONS estimated 4 in 1,000 new infections per day. That would mean 4,000 new cases would occur over the five days based on background rates and long distance aerosol transmission. The festival was described as a superspreader event despite news reports of only “scores of cases”.

Recent analysis has shown that an alleged superspreader event in a choir in Skagit County, Washington, USA, which led to a global singing ban even in nursery schools, was no such thing. The singers were infected prior to the event thanks to high transmission levels in the community at the time. Infections among the group would have occurred later if they had caught it at the choir practice.

The WHO has acknowledged long distant aerosol spread since December 2021. Despite this, the myth that all transmission occurs through close contact endures. It is this myth which leads to beliefs in asymptomatic spread and superspreader events as the key drivers of waves, even when the evidence is not there to support these hypotheses. It is also this myth which has been used to support the hugely damaging and largely ineffective masking and lockdowns.