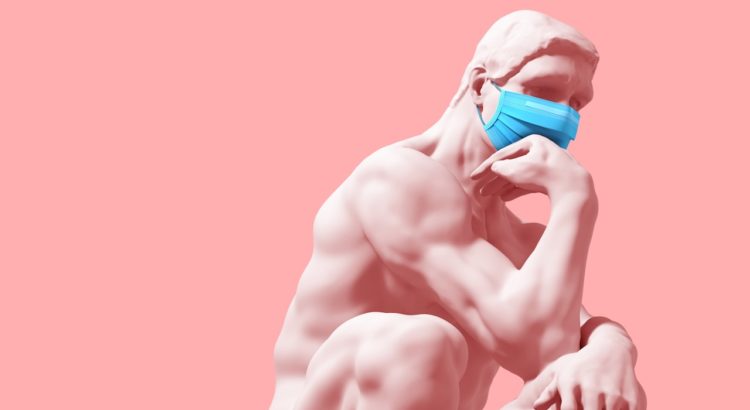 H0: SARS-CoV-2 was nasty, but not unusually so, and certainly not particularly novel. The cure was worse than the disease.

It is difficult to bottle up truths forever, and it will be instructive to see whether this hypothesis is still in the running when it comes to writing the definitive history of the Covid epoch.

For context, it is helpful to consider recent history, specifically the turn of the millennium: a time of great joy and celebration (and concerns about an altogether different bug that turned out to be a flop: the Y2K bug).

While we were nervously eyeing harmless computer glitches, a virulent respiratory disease epidemic brutally killed tens of thousands of people over and above the expected winter ‘baseline’: over 81,000 souls were wiped out in England & Wales over a five-week period from just before Christmas and through January 2000. This mortality spike can be clearly seen in the ONS graphic (for the years 2000 to 2015) reproduced below — total mortality for this epidemic is the area under the first peak from the left:

It is important to put these numbers into context. It is no secret that our susceptibility to seasonal respiratory disease – primarily viral illness causing fatal complications such as pneumonia, largely in people with comorbidities – is, as the name implies, seasonal:

For England & Wales, [respiratory disease mortality] run[s] at a “baseline rate” of c. 1,000 per week in the summer, rising to around 2,500 per week in the winter. These numbers are averages. So sometimes the weekly rate is lower in the summer, and sometimes higher in the winter. So yes, occasionally weekly respiratory deaths triple or even quadruple when moving from benign summer to harsh winter. Now assume a five-month period from end of August to the middle of winter, and we’re looking at a weekly growth in death rates of just under 7%, or a monthly increase of 32%.

How does 2020 compare? Fast-forwarding twenty years, the highest levels of mortality were in the five weeks from 3 April to 7 May of that year: 97,204 people died in England and Wales.  Weighting this by population size (52.1 million in 2000 vs 67.1 million in 2020) gives a crude measure of severity by comparing the two epidemics: during these five week periods of heaviest death toll, it turns out that the per capita mortality in 2020 was ‘only’ 93% that of the millenium epidemic.  The same analysis using the 6 and 7 worst weeks of the two epidemics yields similar results.  This remains the case even if one does not take consecutive weeks (the point being that this is a robust measure — not one that has been cherry-picked).

Which raises an interesting point… why was no attempt made to contain the 2000 millenium epidemic? While it is certainly true that social media hadn’t really caught on back at the turn of the millennium, it would be a stretch to say we were living in a dark age of information sharing and media coverage.  The authorities – and the media – would have been fully aware of what was going on at the time. But if they did report the perishing of tens of thousands, it certainly did not distract a nation from rejoicing that its computer infrastructure had not gone into meltdown.  The 2000 epidemic ran its course with healthcare running at full tilt and long-term old age care functioning normally.

Consider, though, what might have happened if, for example, government panjandrums had decreed the following measures:

Thankfully these measures were not implemented in 2000, or the death toll would likely have been substantially higher.

You can probably see which way this is going. Because, of course, these measures were in fact implemented… in 2020, with devastating results. Just focussing on the short term impact, we know that hundreds of people died of thirst due to access restrictions — not respiratory disease. By definition, dying of thirst means that you did not die of respiratory disease, therefore further reducing the excess mortality due to the April 2020 epidemic. How many died following artificial ventilation? It is now known that covid patients fare better without invasive ventilation which is used as a last resort.  All these deaths related to these decisions – which incidentally go counter to established pandemic preparedness plans – further call into question the decision to implement the aforementioned draconian restrictions.

What is incredibly frustrating is that this was not only entirely predictable, it was indeed predicted, and not just by lone voices crying in the wilderness.  Patrick Vallance, the Chief Scientific Advisor, stated on 16 March 2020: “This is a mild disease in most people” and “epidemics are like a pole vaulter taking flight: the outbreak starts slowly, takes off rapidly, reaches a peak and then comes back down to earth”, as it had done in the various petri dishes such as the Diamond Princess, in Wuhan and in Bergamo. This was a known quantity well before the lockdown was announced on 23 March 2020:

Much like almost every seasonal respiratory disease epidemic (a rapid period of growth followed a rapid decline) the exponential growth phase was demonstrably over by the third weekend in March, well before the shutters came down:

The powers that be knew this. When Michael Gove claimed on 27 March 2020 that “we are all at risk… the virus does not discriminate”, he was either guilty of gross incompetence or untruthfulness. It is hard to believe the former – divisive as he might be, Gove is no idiot.

Professor Woolhouse, a member of SAGE, has pointed out that it was already obvious in February 2020 that a universal “lockdown would not solve the problem… This is a highly discriminatory virus… It’s ageist, it’s sexist, it’s racist. And we certainly knew [that] before we went into lockdown”.

Perhaps the Chief Scientific Advisor could have averted the lockdown catastrophe if he had added to his comment above, that gravity would inevitably exert itself on the pole vaulter “whether or not one shuts down society, the collateral damage of which would have devastating short-, medium- and long-term impacts on the health and well-being of the nation, as well as causing the immediate additional and untimely death of hundreds — if not thousands — of people who would have otherwise lived to say goodbye to their nearest and dearest”.

At the time, those that argued for a ‘let it rip’ strategy (i.e. keep calm & carry on) were vilified: at best uncaring; at worst evil killers.  Somehow – and in an instant – the ‘respiratory disease response’ Overton window (the range of socially acceptable viewpoints) made a paradigm shift of epic proportions. Best-laid pandemic preparedness plans were shredded in favour of draconian alternatives: more’s the pity, as the official narrative (something along the lines of “a sudden point release of a terrible new virus in very late 2019, but millions of lives saved by lockdowns, masks and vaccines”) is a flawed hypothesis, riddled with inconsistencies.

Any claim that SARS-CoV-2 was ‘novel’ in early 2020 is true only in the technical sense that the various circulating coronaviruses regularly present themselves to the human immune system as novel variants. There are now plentiful data points indicating “that in 2019, SARS-CoV-2 circulation was already relatively sustained in Europe and America”:

“In conclusion, a novel unknown respiratory virus that is responsible for severe pneumonia, like SARS-CoV-2, could circulate undetected for months or years, be responsible for many deaths, and even become pandemic, until peculiar characteristics of the disease are noticed that allow its identification”.

This should not come as a surprise as “uncontrolled virus circulation in humans before its discovery is typical of the human coronavirus (HCoV) species” and these “‘common cold’ coronaviruses are responsible for 10–30% of common cold cases each winter season”.

We certainly didn’t routinely ‘test’ healthy people for coronaviruses (or traces of infection by the same) in 1999, 2000 or 2019 — variants of SARS-CoV-2 (and its progenitors) were likely already fully endemic within the human population.

All these above observations are toxic for the official narrative, which requires a recent ‘point release’ of a novel killer (either of zoonotic origin or from a lab leak) — and a fully susceptible world population — in order to post-rationalise the draconian response.

The hypothesis that will likely stand the test of time goes like this: a nasty — if not particularly unusual — respiratory disease season was turned into a catastrophe by human misadventure, and this catastrophe was compounded by efforts to save face and justify the unjustifiable.

There are many sub-plots of the Covidean disaster, and of course none of what occurred happened in a vacuum: geopolitics, political ideology, greed and social pressures have clearly influenced events. All this may be an unpalatable truth for those that wish to post-rationalise the self-immolation of Western society, but until we face up to the truth of these matters, we run the risk of a repeat showing – which is the last thing we can afford.

Here is one insightful prediction that has – unfortunately, it has to be said, for humanity – aged incredibly well so far: “The moral of coronavirus19 (sic) will be that social contagion via social networks is more dangerous than biological contagion”.  This was put on the record by Mark Changizi on 17 March 2020:

Let us hope that future ‘social contagion’ is limited to wholesome human interaction to the benefit of societies, not their detriment.