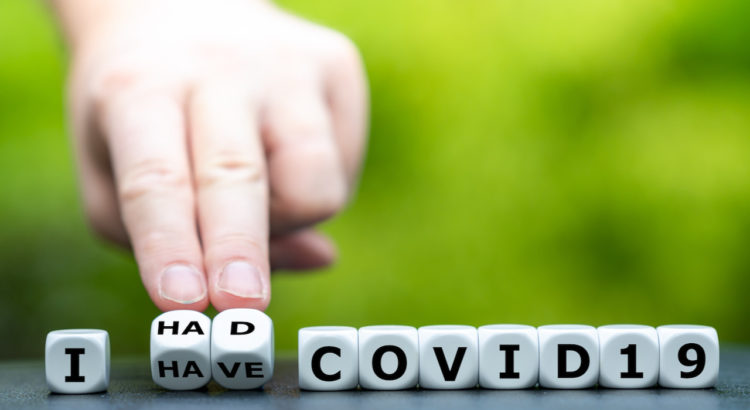 Are 1 in 6 people wrong to think they have natural immunity?

Knowing how many people have had covid will provide a benchmark for estimating how long we will have significant numbers of susceptible people in the community. Other factors — such as the extent of prior immunity and the number of people who will be susceptible to future variants — also need to be taken into account before attempting to predict the future course of the virus, but knowing how many have natural immunity (after infection) is an important first step.

There are various measures of what proportion of the population have had Covid but they give contradictory results, with estimates varying between 18% based on antibody levels to 37% based on ONS estimates. There has been no survey asking people whether they think they have had Covid, so as a finger-in-the-wind estimate, we carried out a Twitter poll.

Twitter is disproportionately young, educated and male and there may well be other important biases, such as how Twitter curates its users. However, of over 8,000 responders in the UK, 45% believed they have had Covid.

To make sense of the results a follow-up question was asked to give a named month of illness. 16% of the population believe they had covid prior to the March 2020 surge. The proportion who believe they were infected in the winter of 2020/21 is low and may reflect the young age of the sample.

Are these people wrong?

If people wrongly think they had covid, then the reasons for them thinking that might be different to those that did have covid. For example, a higher proportion may be expected to make the claim on the basis of severe or long lasting symptoms rather than because of characteristic symptoms. However, their responses are actually consistent with those from people infected subsequently, which seems persuasive that these were genuine covid infections. Some of the stories from people with this belief are indeed compelling. It is notable how few required any diagnostic test to be sure of the diagnosis.

It could be easy to dismiss this 16% as being predominantly imaginative and incorrect. A REACT study where IgG levels were taken on 136,733 unvaccinated people, before asking the 10,940 who were positive when they had their symptoms, showed that only a fraction of those who were IgG positive were infected prior to March 2020. A proportion of those will be people who had a false positive antibody test result and are reporting when they last had compatible symptoms. Even if we ignore that problem the proportion was well under 16%.

The IgG antibody tests were calibrated to give a positive result in samples from patients hospitalised with covid and to give a negative result from pre-March 2020 blood samples. It is possible that some of the latter could have contained low levels of SARS-Cov2 IgG antibodies from mild/asymptomatic infections. It is highly unlikely however that a test that fails to recognise antibodies to a pre-March variant would succeed with all subsequent variants. It could therefore be concluded that 1 in 6 people are potentially wrong about having had covid.

While opinions may differ on whether someone could have had covid without developing antibodies, on a population level the measure should track the disease. However, waning could be an issue that is not fully understood. It is known that antibody levels wane but when and whether antibody waning affects the results of testing is unknown. After SARS1 90% remained IgG positive for 2 years. If we make the assumption that half of people who had covid lose their antibodies within 5 months then interpretation would be different. If this were the case then the total number who would have lost antibodies would be around 20% and the total number who have ever had covid based on antibody positivity, would approach the number who believe they have had it. The problem would then arise about why we have not seen significant waning in antibody levels following the winter wave.

Plotting the cumulative percentage of the population who believe they were infected over time makes for an interesting comparison with PHE estimates of antibody positivity. The figures match well in May 2020 and March 2021 but are currently deviating more than ever before. Part of this discrepancy could be the observation from UKHSA surveillance data “that N antibody titres appear to be lower in individuals who acquire infection following two doses of vaccination.“ If true that would mean, when vaccinated people are infected, they do not develop antibodies to the internal parts of the virus. It is unclear what impact this will have on long term immunity.

Approximately 30% of this young sample of the population believes they have had Covid since March 2020 which is in keeping with other estimates. However, 1 in 6 believe they were infected prior to March 2020. While a proportion may well be right, a case could be made that the majority of this group are likely to be wrong and are assuming they have natural immunity, when in fact they remain at risk of infection. This important question could be easily resolved with a study of the sensitivity of antibody testing over time. Despite the importance of that information such a study is missing from the medical literature.