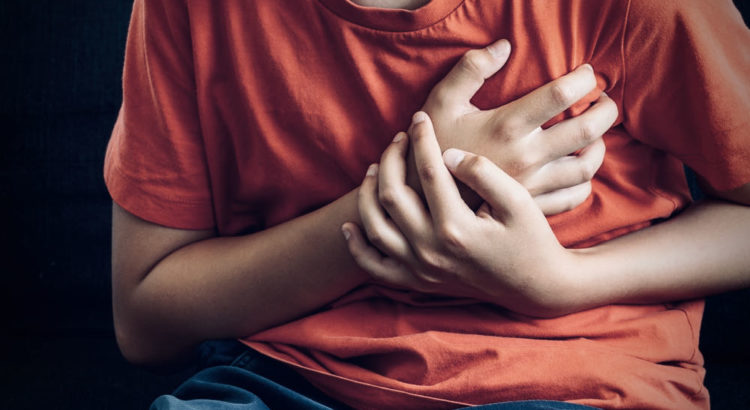 HART recently published an article summarising the results of a study performed in the US military which found that nearly 3% of those vaccinated with smallpox vaccine developed subclinical myocarditis. This was defined by an increased troponin level which was prospectively measured in all subjects. Troponin is a substance released from heart cells which is indicative of damage to heart muscle cells, which have no repair mechanism. Testing for its presence is commonly performed when patients present with chest pain suggestive of a possible heart attack.

It should be emphasised that no “safe” level of increased troponin has been identified.  Any increase is a potential cause for concern in any age group, let alone young people.

In that article, we expressed alarm that – given the worrying data regarding myocarditis and Covid mRNA vaccination – a simple prospective before and after study of troponin levels had never been performed in any age group.

It turns out that we weren’t the only people suggesting such a study needs performing. The FDA thought so too.

As Vinay Prasad writes – apparently the FDA made it a condition of the Emergency Authorisation.

The agreed dates for such a study are frankly bizarre, given how simple and quick such a study would be to perform and how many billions of doses of this product have / are being injected into people of all ages, with no (official) abatement in enthusiasm yet apparent.

However, such a study has in fact now been performed. Not by any investigators in the wealthy Western world, for whom carrying out such an exercise would have been like a proverbial “cake-walk”.

No, instead we have had to rely on a publication out of Thailand, which can be found here. In this study, they measured troponin levels in ~300 teenagers aged 13 to 18 in 2 schools, both before and after their second dose of Pfizer mRNA vaccine.

A lot has now been written about this study already, and we will therefore refer you to the best summaries published to date, which are those from Vinay Prasad and Brian Mowery although the former analysis is, in our opinion, far too muted given the gravity of the situation.

The bottom line is that troponin elevation or cardiac symptoms indicative of myocarditis/pericarditis were identified in 7 (3.5%) of 200 boys, 5 of whom (2.5%) had elevated troponin levels.

There was a zero signal (for either symptoms or raised troponin) in girls.

John Campbell – who has around 2.5m followers and had previously been extremely enthusiastic about the mRNA covid vaccines – appears visibly shocked by this data in his video covering it.

He points out that anyone with a raised troponin level would ordinarily be ordered to rest due to the association between myocardial damage and fatal arrhythmia on exertion.  The implication must surely be that the administration of these agents to children and young people must cease.

Worse still: this 2.5% (which is bad enough) only represents the cases where the troponin levels exceeded a specific threshold of 13 pc/mg.  The authors have not provided the raw data and it is perfectly possible that there were many more boys (and possibly girls) in whom some clinically relevant elevated troponin might have been evident but not to this level.

It is to be noted that as described here the cut-off of 13 pc/ml (based on the 99th percentile for a normal reference population) appears to relate to the use of troponin levels to determine a differential diagnosis of chest pain when a myocardial infarction (“heart attack”) is suspected – ie to answer the typical question facing ER doctors (and one which is not as easy to answer merely based on symptoms as many might imagine): “has there been cardiac involvement, or is this just indigestion?”

Because of the mechanism of a typical heart attack (blockage of an artery) you’d actually expect a heterogeneous response – either an amount of heart muscle has been damaged sufficient to result in high troponin elevation, or not (resulting in no elevation). Hence the use of a certain cut-off can reasonably reliably rule out an incident such as heart attack.

However, with myocarditis, we should surely be concerned with identifying any myocardial damage at all, not screening for MI as a differential diagnosis.  In this context, a completely safe level is unknown.  It may be that any elevation means there has been myocardial damage.  Depending on where this is, it may be associated with an increased chance of suffering a fatal arrhythmia.

Given that myocarditis may be caused by the immune system attacking the heart, the consequences of priming the immune system before a possible natural infection occurs must also be weighed up as a risk. Where evidence has been presented on the risk of myocarditis after infection, it appears to be higher in the vaccinated than in the unvaccinated.

We don’t know the answers to these questions.  Given where we are, that’s alarming.

In the absence of comorbidities, young people were never at risk from covid and certainly are not at risk from omicron.  Most have been infected and have natural immunity.  The mass administration of these agents to the young was always completely unjustifiable; this latest data brings the decision to continue with this program into the more serious realm of malfeasance.