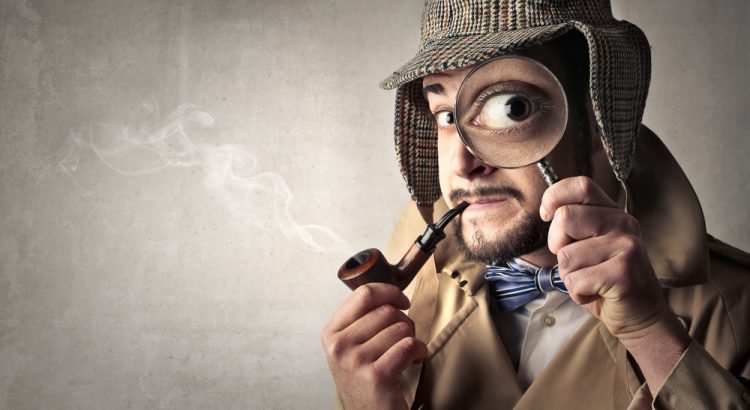 ‘Fact’-checkers can’t see the woods for the trees

Early this month, HART outlined the detailed mechanisms that have been deployed to crush constructive dissent in the Covid era. The assault on the rational mind has been one of shock & awe — a concerted effort to ridicule, gaslight and coerce those considering the ultimate heresy of questioning what they have been told to believe. “Moving at the speed of science” (big pharma terms and conditions apply) seems to imply the opposite of what normal human beings would describe as the scientific method.

Bloated and corrupt monopolies tend, over time, to buckle and collapse under the weight of their own inconsistencies. Discrepancies become harder to paper over; the truth will out. ‘Fact’-checkers — so often funded by those their ‘fact’-checks protect — are increasingly having to back-pedal and deal with periodic humiliation as they post-rationalise their obviously fallible discernment.

Despite all these bloopers, ‘fact’-checkers are still hawking their wares: much like flares and chaff on the battlefield, they distract, distort and deflect efforts to engage in substantive debate. It is usually best to ignore their antics — engaging in serious dissection of straw men erected by po-faced (yet well-funded) narrative ninnies just stymies effort that could otherwise be expending on sorting wheat from chaff. After all — cui bono? If one has spotted a genuine warning signal that might undermine a profitable grift, is it not likely that the peddler of that grift will wish to muddy the waters so as to protect their racket? The more the fact-checkers squirm as they face up to a litany of their own contradictory assertions, the more it highlights the work of those that are scientifically critiquing the pronouncements emanating from big pharma’s marketing mouthpieces.

It is no secret that members of HART devoted some of their spare time in support of Dr Aseem Malhotra whose two peer-reviewed journal papers were recently published in the Journal of Insulin Resistance (the “JIR Papers”). Up popped the usual suspects with a cacophony of denigrating ad hominem and otherwise spurious attacks. To be quite honest, the more abusive and baseless these are, the more likely it is that they do not have anything material to contribute, and the noise just brings the papers to the attention of a wider audience.

On a more positive note, some of the ‘fact’-checkers at least sugar-coat their ‘findings’ in polite language. This is to be encouraged — after all, the thrust & parry of scientific discourse requires hypotheses to be challenged. Science Feedback, via their subsidiary Health Feedback, wrote a long article in response to Dr Malhotra’s JIR Papers. It seems they did not really have much of a legitimate complaint, because the first 350-odd words are devoted to ‘criticism by association’. One might paraphrase: “Dr Malhotra has links to HART, who have said things that big pharma do not like!”.

Moving on, Health Feedback attempts to undermine the evidence presented in the JIR Papers that the mRNA injections “might do more harm than good”, which they claim is unsupported, citing a supposed p-hacking issue in the conclusions of one (a pre-print) of the 48 references in the Part I of Dr Malhotra’s papers. It is bold of Health Feedback to attempt to rubbish this claim given the conclusions of a 23 million-strong cohort study published in JAMA Cardiology in April 2022 that supported this statement.  Subsequently, a pre-print has also demonstrated that mRNA boosters resulted in 18 severe adverse events for every Covid hospitalisation prevented for 18-29 year-olds, and another new publication from Japanese researchers finds that: “SARS-CoV-2 vaccination was associated with higher risk of myocarditis death, not only in young adults but also in all age groups including the elderly. Considering [the] healthy vaccinee effect, the risk may be 4 times or higher than the apparent risk of myocarditis death. Underreporting should also be considered. Based on this study, risk of myocarditis following SARS-CoV-2 vaccination may be more serious than that reported previously”.

While of course the last two of these papers only became available after their ‘fact’-check, Health Feedback still doubles down on its claims by arguing in a subsequent section that there is little evidence that post-vaccine myocarditis has long-term health implications. This is a classic ‘hostage to fortune’ statement which, over time, will answer itself — in the meantime, why should unsuspecting vaccinees be unwitting guinea pigs in a real-world experiment to find this out? It is somewhat pertinent that this question is being asked in a week that Moderna admitted — deep in the supplementary data from a clinical trial of its mRNA injections — that there had been a “new-onset Type 1 diabetes mellitus and diabetic ketoacidosis” in a one-year-old infant which was considered related by the trial assessors. No need for a ‘fact’-check on this one: this tragedy is both a travesty and the truth.

Health Feedback takes the above criticisms as supporting evidence for the claim that Dr Malhotra has deployed a ‘cherry picking’ strategy to ignore evidence that does not support his conclusions. This is a touch rich. Dr Malhotra covered a lot of ground in the JIR Papers, citing almost 110 references, a large proportion of which are published journal papers. A legitimate response to the JIR Papers is to challenge the specific claims made and to seek to challenge the logic that underpins the conclusions. The p-hacking point (which was invalid as explained by HART member Prof Fenton here) that they bring to bear is a useful challenge that contributed to the debate — it just so happens that Health Feedback’s response strengthens Dr Malhotra’s argument by allowing these other references to be brought to the attention of the reader.

As for the various (slightly pathetic, it has to be said) attempts to ridicule and “play the man, not the ball” with respect to organisations like HART, characterising us as misinformation spreaders: these are particularly noteworthy for their lack of supporting evidence. We would encourage Health Feedback to interrogate our output and come up with specific evidence of their claim. While they are at it, they might like to comment on this somewhat unfortunate statement from one of Health Feedback’s front of house members:

“The experts are saying that the vaccines do not reduce transmission, but that is an inaccurate statement,” [Dr Monica] Gandhi says. “Vaccines have always decreased transmission. What they should be saying is that the clinical trials were not designed to test for asymptomatic infection, but there is every biological reason in the world to believe that they will reduce asymptomatic transmission”.

The highlighted text above is incorrect: it is well known that so-called ‘leaky vaccines’ do “not prevent infection, viral replication or transmission”. Call the ‘fact’-checkers. Oh.

And as for ‘every biological reason’ to ‘believe’… are ‘fact’-checkers in the business of proving things scientifically or amplifying beliefs? Real-world evidence seems to indicate that transmission seems to be somewhat unaffected — or possibly worsened — by the injections.

Given that this statement was published in a March 2021 Association of American Medical Colleges article that was claiming to address vaccine hesitancy (read: coerce people to participate in the mRNA injection scheme), perhaps Health Feedback might wish to look at the plank in its own eye while addressing any motes in Dr Malhotra’s?

HART applauds Dr Malhotra’s attempts to sound the alarm that the precautionary principle is not being adhered to. The Nelsonian ignorance of various ‘public health’ bodies — who keep declaring that they “really do not see the signal” — is the real villain of the piece.

All in all, HART welcomes the publicity that outfits like Health Feedback provide, despite the disappointing ‘fact’-checking moniker. They are, in a somewhat peculiar way, furthering scientific discourse by advertising Dr Malhotra’s work to the wider public. We are honoured to be associated with brave and principled people such as him.